Module 8 Prevention of Alcohol problematic use at school

Topic 2 Use Vs problematic use-signs and symptoms 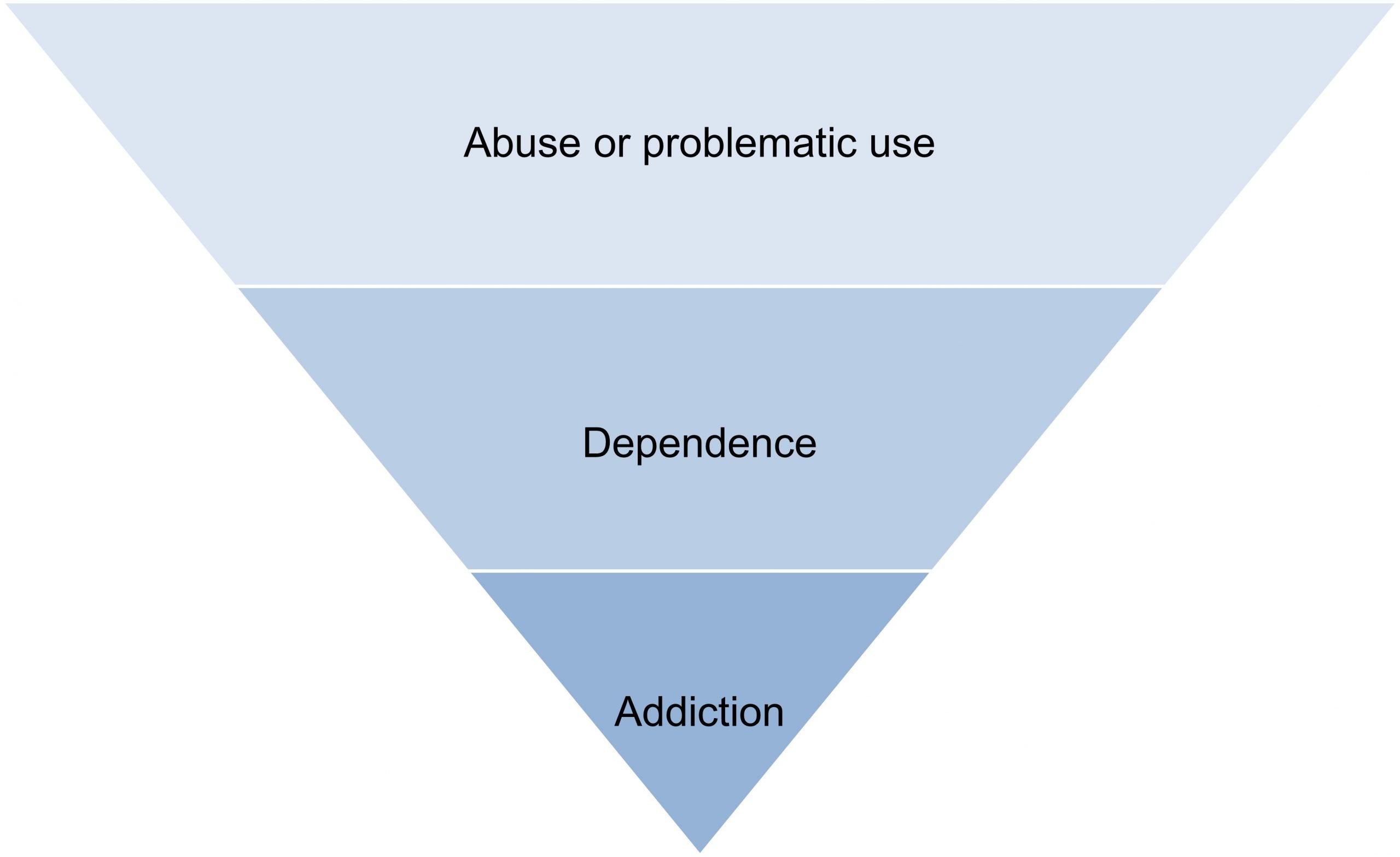 Abuse or problematic use:

using alcohol in a way that causes problems

experience withdrawal symptoms in the absence of alcohol use

What does abuse or problematic use, dependence and addiction mean? Adapted from: https://jflowershealth.com/signs-of-teen-drug-use/

Can you think of any signs of problematic alcohol use among adolescents?

Teachers can identify students who may be at risk for alcohol problematic use, and work with families to prevent these children from being more affected. If some signs appear suddenly or they appear in combination, then the problematic alcohol use is clearer that is happening. The symptoms include:

The teacher noticed that Andrew, a 14-years-old student, who so far had good grades, started to miss classes and show low grades. He was missing classes mostly during Monday mornings. It was also commented in the teachers' room that when they approached him he reacted nervously. In addition, the teacher knew that his mother, who went to school regularly to find out how her son was doing, had not shown up for a few months, even when she was called.

Regarding this situation, there is a question: what is happening with Andrew?

The teacher, thinking on what the most appropriate thing is to do to help Andrew, decides the following:

One teacher was aware that Andrew had started helping his father on the weekends with the family's small vegetable garden and the housework. His financial situation had become difficult by the time his mother was admitted to the hospital due to a sudden operation and recovery and his father was fired for drinking.

Realising the difficulties he was facing, the class teacher decided to talk to Andrew. Respecting the student's data, the teacher spoke to him privately. During the conversation, the teacher tried to understand what it was like to experience the new family reality and what were the points that Andrew considered to be the most critical. He also agreed with Andrew that he would talk to another teacher who has had knowledge of various social programs and would try to find some help.

The other teachers said that they has also realised that Andrew's behaviour had changed, but they considered this to be a normal stage of adolescent development. However, the assistants reported that Andrew had memory lapses and he appeared nervous on many occasions.

The teacher thought to speak to Andrew during the long break. They went to a quiet and secluded spot and the teacher began to say that he noticed some changes in his behaviour that he would like to understand. The teacher began to specify some of these changes, such as the fact that he was missing classes or not coming to school or situations in which he seemed to be more inactive, for instance, the fact that he was missing the gym classes he was enjoying. The teacher let Andrew time to react. He also told him that other situations troubled him, such as memory lapses and irritability. Andrew said that everything was fine and that there was no problem. After that, the teacher arranges that they meet at the same place and at the same time to re-evaluate Andrew’s behaviour. Andrew saw the genuine interest and respect with which the teacher treated him and told him that he had started dating a new group of people who occasionally drink and now did not know how to handle the situation.

The teacher considered that Andrew needed more specialised support and referred him to the school psychologist. Despite the psychological support, the weekly meetings continued.

A teacher should be alert regarding changes in the behaviour/attitude of the students.

In Andrew's school, the conflicts between students inside and outside the classroom have increased. In addition, the general school’s performance has lowered.

At the same time, the school board felt that the teachers felt frustrated and unable to deal with the students, abandoning the effort and blaming everyone and everything for the unpleasant conditions. In addition, a gap had been created between teachers and assistants: they no longer worked as a team.

The question is: What can be done to improve this situation?

To deal with this negative situation, the following measures were taken: