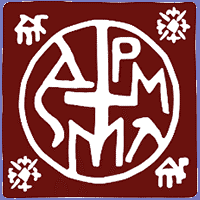 “Ormylia” Foundation – Art Diagnosis Centre was founded in 1996 under the auspices of the Sacred Convent of the Annunciation, Dependency of the Monastery of Simonos Petra at the Holy Mountain. It operates as a branch of ORMYLIA Foundation; a non profit, non governmental institution supervised by the Ministries of Development, Culture, Education and Health. ORMYLIA Foundation, in its two divisions, the Art Diagnosis Centre and the Centre for Social Advancement, Medical Prevention and Research, “Panagia Philanthropini”, has an average number of more than 7000 of individual external users per year comforting and alleviating the suffering of human beings without preference to race, religion, gender, or creed. Serving others through the use of medical science has been a special mission of orthodox monasticism since early christian times. These services contribute to the development of human beings, supporting those in need through practical works of love. It is in this spirit that the Center provides high quality standardized cancer tests for the underserved. Together with the medical services, other services such as spiritual and social support, humanitarian aid, public health education and other works of love are offered for the people of social exclusion and inhabitants of rural areas northern Greece and beyond.

The Art Diagnosis Centre conducts interdisciplinary research in a wide range of applications in the field of analytical investigation, documentation and preservation of artworks and monuments of cultural heritage with particular expertise on Byzantine Iconography. It operates through permanent cooperation with University departments, multilateral international co-operation with other research infrastructures and institutions and participation in National and EC research projects. All known and published, to a certain extent, scientific and applied works are supported by a semantically common vision between the Greek-Orthodox heritage and information science and signal processing. The two main research domains of Ormylia Foundation are the following:

CSI employs professionals with over 50 years of collective experiences in the fields of Social Innovation, Entrepreneurship, Education, System Rationalization, Information & Communication Technologies, Global Health Process – Life Sciences, Business Forensic Intervention, Youth Development & Motivation, and Resource Realignment with Goals and Objectives. Members of our Founding Team worked in three continents and collaborated with organizations and individuals from various countries. The Team enlists their experiences to support the identification of systemic problems and development and implementation of smart and sustainable solutions to difficult social problems.

Our Team focuses on developing and introducing solutions for systemic social, education and economic problems. These solutions are developed through various layers of interaction with stakeholders. We believe that quality of life improves when the process of social innovation is leveraged to attain social justice, solve systemic problems and develop solutions that may provide opportunities for individuals and organizations.

Institute of Preventive Medicine, Environmental and Occupational Health (Prolepsis), a civil non for-profit organization, was established in 1990 in Athens. With a strong belief in health being a fundamental right, Prolepsis has undertaken a leading role in the field of public health, by designing and implementing initiatives on various health issues and in different sectors (e.g. education, workplace) targeting a wide range of audiences, such as children and adolescents, women, migrants, and the elderly, and different types of occupational groups, such as health professionals, as well as policy makers, other NGOs and decision makers.

As a coordinator or a partner Prolepsis has participated in approximately 55 EU co-funded and numerous national projects implementing research, applied and educational initiatives, aiming at health promotion and education of the public, policy change and tackling health inequalities.

Its human resources consist of a multi-disciplinary experienced team of physicians, health promotion and communication specialists, statisticians, psychologists, sociologists and economists, each of which undertake distinct roles in the Institute’s projects. Moreover, the Institute encourages interdisciplinary and international co-operation, creating networks of collaboration not only in Greece but also in Member-States of the European Union, Eastern European Countries and the USA.

Faculty of Medicine, University of Belgrade

The Faculty of Medicine, University of Belgrade is the leading academic institution in Serbia for under and postgraduate medical studies. It stands at the forefront of our changing health system. Today, the Faculty attracts around 4000 medical students, who come mostly from Serbia as well as neighboring countries. The University of Belgrade, founded in 1905, is the oldest and largest center for higher education and research in the region. More than 2000 ongoing research projects indicate a lively scientific activity. The Faculty of Medicine founded in 1920, is the largest institution for training of physicians in Serbia as well as in the Balkan region. The Faculty includes some 40 departments with about 200 professorships. A close linkage between graduate and postgraduate work and research ensures high academic standards. The primary mission of University of Belgrade, Faculty of Medicine is to prepare students to practice the highest standards of medicine throughout their careers. In purpose of performing the specific educational activities and multidisciplinary scientific research, the Faculty founded the Centers for education and research in Biomedicine, Clinical Medicine, and Public Health as legal entities or organizational units within the Faculty. Several departments of the Faculty of Medicine have the main mission to improve and preserve the population’s health, to prevent health disorders and support for provision of efficient, high-quality health care, with particular emphasizes towards human and patients’ rights in the process of health care delivery.

The long-term goals of the Faculty of Medicine are: education of students and competent professionals in health care, improvement of knowledge in the health sciences, health promotion in cooperation with the social community, undergraduate and postgraduate training of competent researchers, and improvement of the decision making process and formulation of health policies, including health legislation. Faculty’s representatives are members of numerous national and local groups dealing with the procedures of health legislation improvement, patients’ rights and rights to health in general.

Bulgaria Youth Prevention Foundation (BALNE) was founded in 2001 by a group of university teachers, students and medical workers. Its main activity is preventive control against ugly phenomena like alcoholism, drug-abuse, smoking, prostitution, violence, etc. amongst young people. Another important goal for BALNE is organizing and stimulating health prevention amongst the youth in the country against some of the most wide-spread diseases, like cancerous, heart and pulmonary diseases, AIDS, etc. Last but not least, the Foundation aims at providing health assistance for seriously ill young people.

Bulgaria Youth Prevention Foundation (BALNE) was registered in the Registry for the Non-Profit Corporate Bodies pursuant to Article 18 from the Law for the Non-Profit Corporate Bodies with decisions from 03 April 2002 and from 25 April 2002 under number 2355, book 146, page 20, company file number 2654/2002, unified foundation number 2102026547 and with registered office in Apt. 9-10, 5 Petar Delyan Street, Sredetz Municipality, Sofia.

Since its foundation nineteen years ago BALNE has successfully participated in the implementation of several important projects on health prevention issues. Firstly, it participated in the organization of International Anti-smoking Drawing Contest for Kids in Bulgaria. The competitions are held under the auspices of the Ministry of Health, the National Public Health Centre and in close partnership with the Italian National Association for the Fight against Cancerous Diseases. Between 3000 and 6000 children under the age of 11 from the whole country take part in the competition every year.

Bulgaria Youth Prevention Foundation was chosen as a partner by the European Union and the Italian humanitarian organization Caritas in Rome during the European STOP II project. It aimed at monitoring the problem of forced prostitution of girls and young women from Eastern European countries and their illegal taking to night clubs and other places for paid love in Western Europe. The Bulgarian media highly appreciated BALNE’s work on this project and the results from the study were included in the Caritas Summary Report submitted to the European Union. A sign of appreciation of the Foundation’s work was also the fact that it was the preferred partner in the continuation of this project – AGIS Sensitization for prevention, which started in 2004 and successfully ended in late 2005.

In the year 2003 the BALNE Foundation worked together with Caritas and other partners from 10 European countries on the Family: Third Millennium Resource Project. It aimed at assisting the exchange of know-how and knowledge on modern family and household structures, studied how these aspects reflect on their status and recommended suitable family policies. It was in the same year that the Foundation implemented the ‘We are Bulgarians, We are Europeans Project’, which was funded by the Ministry of Education and Science under the Communication Strategy of Bulgaria’s accession to the EU.

In the year 2004 the Bulgarian Youth Prevention Foundation actively participated in the implementation of the EU TOPIC Programme together with 5 foreign partners. The project aimed at studying the problems of imprisoned drug addicts and their reintegration into society.

In 2006 Bulgaria Youth Prevention Foundation was again chosen as a partner on the AGIS – 2006 Programme of the European Union.

Between 2007 and 2008 Bulgaria Youth Prevention Foundation was also a partner in the TOPIC II Project, studying the issue of drug addicted criminals and its prevention. The organization managed to conduct a one-of-a-kind experiment in the country by opening an office providing assistance to drug addicts detained by the authorities in Sofia police stations.

In 2010 the Foundation implemented a project by the Ministry of Justice, called ‘Development and strengthening of spiritual values through the preservation of religious heritage in Bulgaria’.

Apart from its work on these initiatives, the Foundation regularly issues visual aids for health prevention like calendars, posters, brochures, leaflets, etc.

Ivo Pilar Institute has participated in about 350 research projects, including 60 international projects. Among these international projects the most prominent projects include “CHIEF – Cultural Heritage and Identities of Europe’s Future” (H2020), “MyPlace – Memory, Youth, Political Legacy And Civic Engagement” (FP7), and “MyWeb – Measuring Youth Wellbeing” funded by the Seventh Framework Programme of the European Union (FP7). In addition, the Institute has collaborated with other international institutions, such as UNICEF, the ERSTE Foundation and the Open Society Foundation. Regarding national projects, besides scientific projects of the Ministry of Science, the Institute has collaborated with the Croatian Science Foundation, Adris Foundation, Croatian Chamber of Commerce, Tourist Boards of different cities, counties and municipalities, HEP Group (national electricity company), Croatian Heritage Foundation, as well as government offices and various associations.

Since 2000, on average, 20-30 research projects are being conducted at the Institute (with approximately 20 active COST Actions in which our researchers take part). Since its foundation, the Institute has published more than 90 books. As part of the Institute`s publishing activities 143 issues of “Društvena istraživanja” (“Journal for General Social Issues”) – an interdisciplinary scientific journal has been published since 1992. Other scientific journals – “Pilar – Journal for Social and Humanistic Studies” as well as “Histria Antiqua” have been published since 2006.

Any cookies that may not be particularly necessary for the website to function and is used specifically to collect user personal data via analytics, ads, other embedded contents are termed as non-necessary cookies. It is mandatory to procure user consent prior to running these cookies on your website.